The Connection Between Trauma, Anxiety, and Relationships 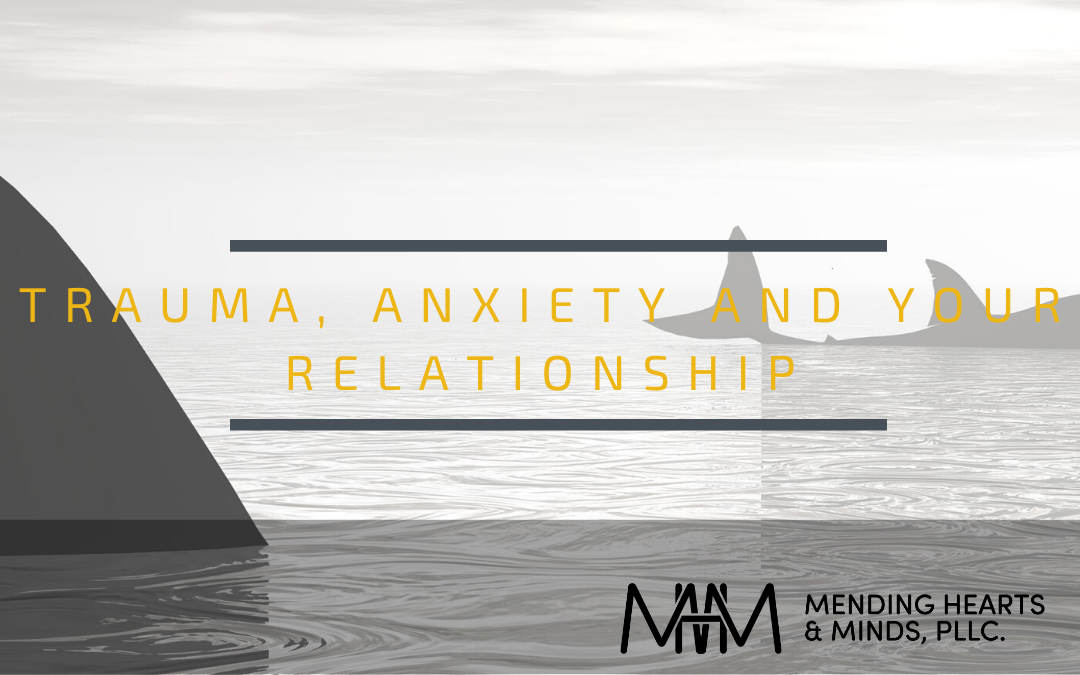 You feel anxious. What is going on? Perhaps this anxiety is affecting your relationship. Perhaps you have a shorter fuse these days. Or perhaps you have noticed you are playing a lot of video games.

The limbic system, which is made up of the amygdala, hippocampus, hypothalamus, olfactory cortex, thalamus, cingulate gyrus and fornix, can create dysfunction by way of continued arousal from stress related events like trauma. This overreaction from the limbic system can cause you to feel constantly on guard with a generalized worry that something bad is about to happen. In other words, you feel anxious.

This hyper-arousal can affect your relationships in various ways from micromanaging children and spouses, to avoidant behavior, such as drinking more or hours of video game playing. The more revved up your body feels, the more we tend to try to control our outside environment. Sometimes this hyper-arousal shows up as irritability or sometimes as trying to avoid or minimize the activated state such as through drinking or hours of video game playing.

Early childhood trauma, such as physical or sexual abuse, is particularly likely to affect your adult life both because it occurs at a time your brain is vulnerable, and because it often occurs at the hands of people who were supposed protect you.  By abuse, I don’t necessarily mean only types of physical punishment that people think of as abusive. The traumatic response can come from being hit with an hard object or slapping a child across the face. The behavior doesn’t necessarily have to be illegal for the child to perceive as life or safety threatening. The child’s perception is key here since it is this perception of threat that leads to the revved up limbic system. This type of trauma can fundamentally alter your perceived sense of safety in the world, both as a child, and on into adulthood. The closeness that most relationships require can feel implicitly dangerous. Our brain files like experiences together so when an experience “feels” the same, our brain reacts to it as if it is the same. For example, yelling, closeness, or anger can all signal the limbic system to get ready, and as the brain moves into fight or flight, the prefrontal cortex gets quieter. In other words, we think less and react more in these moments.

Healing from trauma is possible. This is a treatable problem. The amygdala can learn to relax, and then the nervous system can resume its natural flow. Your relationship triggers can be minimized, and you can learn to feel safe in relationships. If you find yourself with similar challenges, we can help.

This website uses cookies to improve your experience while you navigate through the website. Out of these cookies, the cookies that are categorized as necessary are stored on your browser as they are essential for the working of basic functionalities of the website. We also use third-party cookies that help us analyze and understand how you use this website. These cookies will be stored in your browser only with your consent. You also have the option to opt-out of these cookies. But opting out of some of these cookies may have an effect on your browsing experience.
Necessary Always Enabled
Necessary cookies are absolutely essential for the website to function properly. This category only includes cookies that ensures basic functionalities and security features of the website. These cookies do not store any personal information.
Non-necessary
Any cookies that may not be particularly necessary for the website to function and is used specifically to collect user personal data via analytics, ads, other embedded contents are termed as non-necessary cookies. It is mandatory to procure user consent prior to running these cookies on your website.
SAVE & ACCEPT